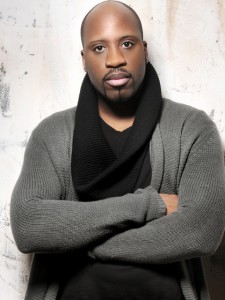 Marvin Amazon is a Nigerian-born British author who currently lives and writes in Essex, England. He discovered the compelling nature of crime fiction through the noir crime films of the 1970s, and he credits the library across the street from his childhood home in Battersea, southwest London, with opening his eyes to the engrossing worlds of all types of fiction. In addition to The Midnight Trilogy series, Amazon is also the author of the fantasy series The Corin Chronicles.

Amazon’s venture into crime fiction was inspired by the themes of ruthlessness and loyalty that fill the noir films and novels of the 1970s. “Ten years ago, I watched the superb Chinatown starring Jack Nicholson, and there was no going back,” Amazon says. “I went on to The Godfather, both the movies and the novel by Mario Puzo. I was fascinated by the tone and the mood, and wanted to know if I could write something like that.”

Enter to win a free signed copy of The Kiss After Midnight via Goodreads! Ends April 08.

The Kiss After Midnight is now available in hardcover, paperback and Kindle formats!

Download the Press Kit for The Kiss After Midnight release